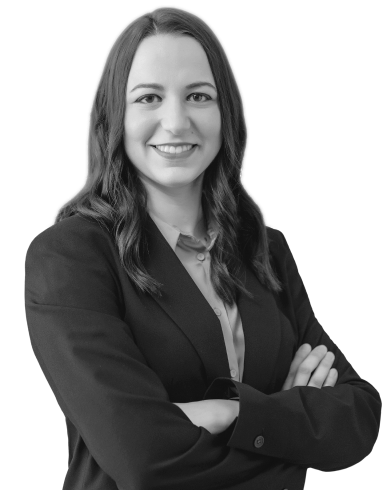 Christiana Zanti joined Coucounis Law in September 2012, and is a barrister-at-law and focusing on litigation and dispute resolution in the areas of Commercial Banking, Business, Commercial, Administrative-Judicial Review, Insurance, Tort, Consumer, European and Arbitration Law.

Christiana has successfully represented clients before the First Instance Courts and Tribunals, the Appellate Courts of Cyprus, and the Court of the European Union.

Her experience in Commercial Banking and European Law includes a successful appearance in a series of cases before the Court of the European Union in Luxembourg, the outcome of which promoted the rights of defence and civil rights of all European Citizens. Christiana has also played a vital role in the representation of a vast number of European consumers and property purchasers in Cyprus, assisting her clients in reaching amicable and favourable settlements with land developers and credit institutions.

Since 2016, Christiana is an Accredited Mediator in civil and commercial matters and as a litigation lawyer and legal consultant is delivering a high level of legal expertise and professional advice in legal fields such as contractual, commercial, consumer disputes, commercial banking disputes, and debt recovery disputes.

Christiana’s talent for legal research and her keen and intuitive interest in following legal developments have been vital in shaping her career, enabling her to provide expert advice and effective legal representation to credit institutions, insurance companies, consumers, creditors, debtors, investors, commercial and financial organisations and victims of fraud.