Posted at 09:42h in Administrative Law by George Coucounis 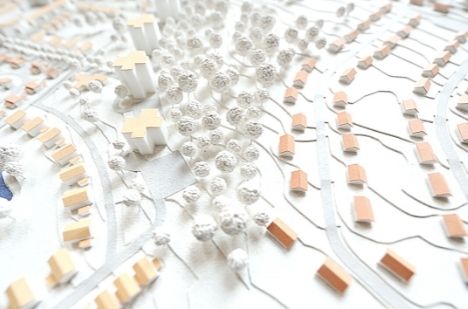 The decision of the Director of the Land Registry on a property owner’s application for the on-site determination of the area of a piece of land, or the Director’s request for additional information from the applicant or the consent(s) of the co-owner(s), is a matter that regulates a private right to property and does not promote a public purpose. Therefore, such decision is not in the public interest; rather, it affects the rights of the individual property owner submitting the application. As a result, the Director’s decision cannot be the subject matter of a recourse to the Administrative Court. The review of the legality of the Director’s decision and any revision of same falls within the ambit of private law and consequently it can only be challenged by an appeal filed in the District Court pursuant to Article 80 of the Immovable Property Law, Cap.224. In the event that a recourse is filed requesting the annulment of the Director’s decision or the remedy of an omission in such a decision, a jurisdictional issue is expected to be raised. Further objection is likely to be raised on the basis that the said decision does not constitute an executory administrative act which can be challenged by a recourse filed pursuant to Article 146 of the Constitution. Consequently, the matter will be examined by the Court preliminarily and outright as a matter of public interest pertaining to the admissibility of the recourse.

In a recent case, a request was filed at the Land Registry to determine on site the extent of a piece of land and the interested parties were informed that their title deeds were not in accordance with the cadastral registries. An application was thereupon submitted to the Director of the Land Registry to register the pieces of land and issue title deeds, since the plots were allegedly divided and the Land Registry’s division file was lost. The Director replied that the further examination of the application necessitated the written consents of all the persons that were entitled to the registration of the said pieces of land in their names, or alternatively a Court order recording which persons were entitled to registration of the pieces of land in their name. No response was provided and the legality of the Director’s decision was challenged through a recourse filed at the Administrative Court. During the hearing of the recourse, the Republic suggested that the recourse was inadmissible because the decision under challenge did not constitute an executory administrative act. The argument for inadmissibility was based on the suggestion that the application to the Land Registry was not examined, that the Director was in anticipation of further information and details in order to examine the application and that the Administrative Court did not have jurisdiction to hear the recourse since the challenged decision of the Director pertained to the applicant’s private rights, not a matter falling within the realm of public administrative law.

A recent judgment of the Administrative Court dated 5.7.2021, refers to the aforesaid events, and provides that the Court had the obligation to examine the aforesaid jurisdictional matter despite being raised late in the process, hence calling the parties to make representations in this regard. Deciding in favour of the Director, the Court referred to the relevant case law and recorded that no recourse may be filed against an administrative act pursuant to Article 146 of the Constitution except if such act falls within the ambit of public administrative law. Decisions of the Director which are related to rights in immovable property law are normally of private nature. The resolution of border disputes was held to amount to regulation of civil – private rights of the interested parties and hence the public is not directly interested in the issuance and the contents of such decisions. Likewise, the Court held that it was not possible to review the decision of the Director of the Land Registry to adjourn the date specified for the foreclosure of an immovable property.

The Court emphasized that in Hellenic v. Republic the Supreme Court pointed out that a citizen who complaints of decisions of the Land Registry which hare of private nature is not deprived of an effective remedy just because such decisions do not fall within the ambit of public administrative law. Article 80 of Cap.224 provides an affected citizen with the right to file an appeal against the Land Registry’s decision at the District Court, whose jurisdiction extends to the essence of the decision, too. The information requested by the respondent regarded the determination of his rights in immovable property. The Director’s decision pertains to the same subject matter and hence it falls within the sphere of private law by nature. Consequently, the Supreme Court acting in its capacity as First Instance Administrative Court had no jurisdiction to hear the recourse.

Relying on the aforesaid principles and observations, the Administrative Court dismissed the recourse and concluded that the aforesaid recent case concerned the regulation of property rights under civil law and not a decision that fell within the sphere of public law.